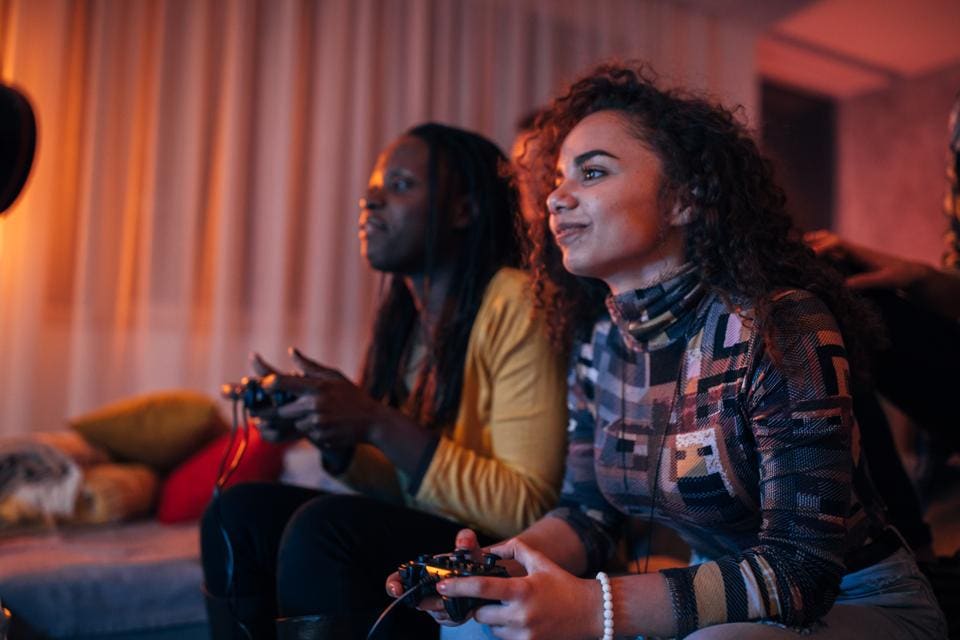 According to a recent study by Activate, over the course of the next year, video consumption is projected to flatten as a decline in cable TV viewership offsets the growth of OTT streaming. Surprisingly, it’s the video game industry that will represent one of the largest and fastest-growing global media segments. The Activate study indicates that the video game market is expected to reach over $170 billion by 2023 — that towering figure is as large as the music industry, film industry and subscription video market combined.

Not only is the gaming market now fully entrenched in the mainstream and continuing to grow exponentially, but it also attracts a number of difficult-to-reach demographics for advertisers. For example, more than 90% of global internet users between the ages of 16 and 24 play games on at least one of their devices, according to a report from Global Web Index. This age demographic is notoriously difficult to reach via traditional routes, making gaming a key opportunity for advertisers in 2020 and beyond. And, according to Gaming News 2020 there’s the added bonus that more demographics such as women and boomers are also inclined to gaming, with boomers, for example, spending an average of five hours a week gaming.

Despite the gaming market’s growth to date, advertisers have yet to take full advantage of new and diverse opportunities. While video games have been on advertisers’ radar for some time, their ad spend on traditional and digital video is typically up to 50 times what they spend on gaming, according to eMarketer. This disparity can be attributed to a lack of quality advertising available in console and PC games; in the few instances where dynamic in-game advertising is available, it largely takes the form of simplistic and non-interactive billboard placements. However, this will soon change.

Technological advancements in interactive experiences are making gaming a more intriguing and potentially highly effective prospect for advertisers. Games can deliver an expanded range of interactive experiences, from battle arena games that are the focus of the esports phenomenon to role-playing and first-person games that deliver interactive dramas and action adventures. These games offer narrative depth and cinematic quality that were not seen in previous generations of console games; as a result, they open an entirely new opportunity for advertisers.

As advertisers consider how to leverage these new types of games, they must learn about what works in these new environments. For example, in-game interactive ads must reflect the context of the game’s environment to avoid diminishing the experience and alienating the audience. Advertisers can also integrate marketing content in a variety of ways, including using ad elements that match the context of the game, ads that are targeted to individual players, and those which allow player interaction and unobtrusive product placements. These opportunities deliver strong results based on their contextual and interactive value.

Simplifying Conversational AI, One Interaction At A Time

A recent example of innovative video game advertising is the 2019 release of The Grand Tour Game from Amazon Game Studios. This release falls into the category of an “advergame,” or a game that advertises a product by featuring it as a primary element of gameplay. Based on the Amazon Prime television show of the same name, it merges video clips from the episode with gameplay that allows users, for example, to drive the same car being shown in the same episode. The game costs less than comparable console games, and gamers can play the title at a lower cost because it effectively promotes the Amazon television offering at the same time.

Another earlier example of the promise of interactive technology is the promotional piece The Human Race, published in 2017 to promote a new Camaro from Chevrolet which had not yet been produced and for which there were no physical prototypes. The producers, The Mill, used Epic Games’ Unreal engine to seamlessly integrate a prototype model of the vehicle into live-action footage. This mixed-reality production approach allowed the director to modify the Camaro in real time, adjusting body color, wheel styles and other characteristics interactively during the production and playback of the content. Of course, there was no interactivity for home viewers when it was displayed later as a video commercial. However, had the piece been delivered to a game console or PC as game engine content, viewers would also have had the ability not only to explore and reconfigure the car but to also to become an active participant, driving the car in The Human Race story and turning a short commercial into an extended product engagement experience.

Interactive branded gaming entertainment is not just limited to a gaming environment. It also has the potential to transform traditional and digital video media. The Grand Tour Game suggests a future in which traditional linear and digital television content is increasingly influenced by game engine technology. Many digital effects studios already use game engine technology to produce video effects sequences; for example, Disney/ILM has used Epic’s Unreal Engine to produce final renders of the K-2SO character for the film Star Wars: Rogue One and to produce The Mandalorian for Disney Plus.

Similarly, Digital Dimension has become the first animation studio to produce a weekly show, Zafari (distributed by Comcast NBC), that is completely rendered using the Unreal game engine. The studio is one of several that are transitioning from a conventional non-real time production pipeline to one in which lighting and final renders are being performed in real time. This shift effectively reduces costs, but more importantly, it invites the possibility of user interactivity with the content — and enhanced advertiser integration.

In the coming year, advertisers will be presented with emerging opportunities to more intimately connect with their target audiences and reach unique demographics. However, to make the most of this opportunity, advertisers will need to become versed in the rapidly evolving creative forms of interactive storytelling that can be leveraged to ensure a seamless, non-intrusive and high-impact experience for both users and marketers. Keeping up with these trends as they unfold will be important for any organization hoping to keep its finger on the pulse of new developments in the marketing space.