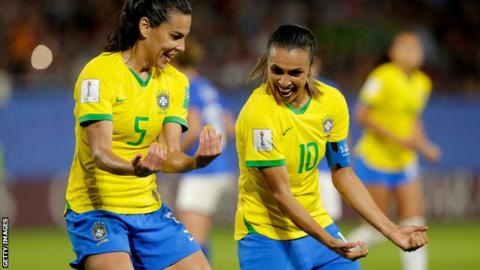 Brazilian legend Marta broke yet another record when she scored the winning goal against Italy and won the Player of the Match award in the BBC Sport player rater.

Marta’s 17th goal at a World Cup tournament not only gave Brazil victory in their final group game, but saw her surpass German men’s player Miroslav Klose as the outright top scorer in World Cup history.

Player of the match